The seventh edition of Daimiloptu comes to end

The closing ceremony of the VII Daimiloptu Tournament has been a celebration party. The historical Palestra Furla has been crowded since the early morning, for the match that preceded the main event of the U15 final game between Fortitudo and Bystrica. The young eagles of Fortitudo won the game, after an hard fought match against one of the toughest teams ever come to Bologna for the tournament.

This edition continued the tradition with large attendance to the games and great attention by basketball experts, coaches and scouts. Indeed, Daimiloptu is the only international youth tournament in one of the most basketball fanatic regions in Italy (Emilia-Romagna).

The final game saw a good start from both teams with Fortitudo slowly taking the lead tank to great plays by its players, with Francesco Della Torre (10 pts.) and Francesco Boldarino 21 pts.) under the spotlight.

The first edition of Trofeo Alfonso Oppinel (for players born in ’98) went to Monte San Pietro, after a close game against the hosting team of S.G. Fortitudo.

Simon Krajcovic, point guard of Povazska Bystrica, was voted as the MVP of the tournament.

Gerardo Franceschini (Pontevecchio Bologna) was the king of 3-point shootout contest while the kick-out competition was won by Ilario Tosini (SG Fortitudo Bologna).

The “Premio Ospitalità” (price for the team that showed the greatest hospitality) was sponsored by Ascom Bologna, whose representative (Andrea Tolomelli) handed it to Elleppi Bologna. 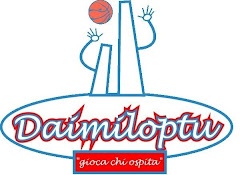